Shake the Snake – Know Who You Are! 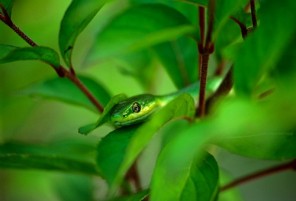 When a child of God’s faith is attacked, it is as though a snake attaches itself on the conscience injecting its poisonous venom of condemnation. It’s as though the believer is suddenly caught off guard and the temptations, accusations come out of nowhere. Therefore, the believer has to be on guard to know  how to shake the snake and continue in faith. This confidence only comes in knowing one’s position in Christ.

Acts 28:1-5
I love the illustration of this in scripture. When the Apostle Paul was arrested and on his way to Rome, his ship had to be abandoned because of a storm. So, everyone on board swam to shore to a nearby island. The islanders were friendly and built a fire to keep the survivors warm. While Paul was putting brushwood on the fire a viper was driven out from the flame and fastened itself on his hand. Since it was a venomous snake, the natives watched expectantly for Paul’s death. But instead, Paul just shook the snake off without any ill effects. The natives were amazed and with this miracle God had their attention.

How was it that Paul did not die and instead was able to shake the snake and live? Paul was called to bring the gospel message to the gentiles and he knew it. He knew of God’s faithfulness because he experienced it so many times before. In fact, he had just survived a shipwreck thru his faith in God’s mercy and grace. He knew it was not his time to die. He knew his position in Christ and instead of being fearful, just discarded and disregarded the threat. (Ephesians 3)

Satan is like a viper hiding in wait to catch believers off guard, so he can stop them in their tracks. Things can be going along very smoothly, and then without any warning, Satan strikes. These attacks come in the following forms in the believer’s mind and the antidote for them all are in knowing the Word of God and Who the believer is in Christ.

Condemnation (he convinces us there is no forgiveness)
Antidote: Romans 8:1, 1 John 1:9

To safeguard the heart and mind, the believer needs to be equipped with the knowledge of God’s Word.  With every strike of temptation, accusation, doubt, discouragement, fear, confusion and condemnation there’s an antidote found in the spoken, written Word of God. (Ephesians 6:10-17, Psalm 119:89,105, Philippians 4:6-7)

When Eve was tempted by the snake (Satan), it began with disregarding God’s warning and Word to not eat of the fruit she desired. Instead of staying away from the forbidden fruit she drew closer in range to the tempter’s voice. Since she didn’t understand why God would withhold this beautiful fruit from her desire to eat of it she took the first step in opening herself to Satan’s voice and deceitful word. Knowing Eve’s desire to have what she desired, Satan positioned himself among the forbidden fruit and as she drew near posed the question which led to the doubt of mistrusting God.

“Did God really say, ‘You must not eat from any tree in the garden?” Genesis 3:1

Notice how crafty the serpent misquotes God making His command seem unreasonable. Then notice how Eve also misquotes what God has said by adding to what He actually said:
“From the fruit of the trees of the garden we may eat; but from the fruit of the tree which is in the middle of the garden, God has said, ‘You shall not eat from it or touch it, or you will die.” Genesis 3:2-3

But what were God’s exact words:
“The LORD God commanded the man, saying, “From any tree of the garden you may eat freely; but from the tree of the knowledge of good and evil you shall not eat, for in the day that you eat from it you will surely die.” Genesis 2:16-17

God did not say if you touch it you will die, but if you eat of it you will surely die. She also failed to name the exact tree which was forbidden. The forbidden tree had a name and the serpent was quick to identify it – the tree of the knowledge of good and evil.  It’s like the attraction to a poisonous mushroom. It’s important to distinguish the poisonous from eatables. The poisonous mushrooms can be identified. Therefore, it is important to know what they look like and where they grow. You can look at them and handle them. But it is not until you eat them, you’re endanger of dying. (James 1:15)

So, the “poison” was not hidden in the forbidden fruit, but in the venomous speech of the accuser. He had poisoned her mind and Eve was now persuaded God was not really good and that He was withholding something good from her. In fact, she believed God had lied and bent her ear to the voice of “accusation.” This is like the Israelites who time after time received God’s grace and provision but continued to believe He was withholding His goodness whenever they wanted their own way. (Numbers 14, Romans 8:32)

When Jesus began His mission, He was immediately tempted by the devil. In every temptation Jesus withstood it with the Word of God. He knew the Father’s will in every temptation, and this was His defense. He also knew Who He was and His purpose. Therefore, He shook off Satan’s attacks and continued on.  He gave us this example to reveal how important it is to know through God’s Word who we are in Him.
(Ephesians 3: 16-18, Matthew 4: 1-11, John 1:12)

There was a time in my Christian walk, I believed I was separated from God’s salvation and love. I had fallen into the condemnation of the devil because of pride and with that pride in ignorance blasphemed the Son of God. (1 Timothy 3: 5-6, 1 Timothy 1:20) I did not know I had fallen into the snare of the devil until I experienced his accusations day and night. Prior to this, I knew things were not right in my relationship with the Lord, so I asked Him to do what was necessary to bring me back walking in love. I felt hopeless and did not think I could ever be forgiven because I did not understand the atonement of Jesus Christ. His atonement covered all my sins the moment I placed my faith in His blood sacrifice and resurrection. I did not know that even though I had committed those sins Christ’s blood was powerful enough to cleanse me of all of it. In fact, He had already paid the price and I was already forgiven.  All I needed to do was to acknowledge His forgiveness and believe it.  Little by little He began to rebuild on the sure foundation of my faith and as He sifted out everything not of Him, only my faith in His work on the cross remained.

Then one day I began to believe in His mercy and grace and confessed I would
“Wait on Him” to straighten out what I did not understand and misunderstood. It was at this point I heard His small, still voice say, “Just Walk away and don’t give it the time of day”.  And so I did, I stopped listening to the accuser and began again believing what the Lord had to say.  It was as though at that moment, I took off with the wings of an eagle strengthened by His love soaring with renewed faith – in His Loving kindness and Goodness, once again. (Isaiah 40: 30-31)

And that is the way I learned to shake the snake, and move forward in the assurance of God’s salvation and Love. (Ephesians 1:13)

Who Am I in Christ?

Book: When the Enemy Strikes by Charles Stanley

I am first and foremost a child of God, "born again" into the Kingdom of God through faith in my Lord and Savior, Jesus Christ. He has called me to be an "Encourager" of faith in His Son, Jesus Christ. I have learned through some painful trials of His unconditional love. The apple of my eye, is Jesus Christ, the Son of God, the Living Word.
View all posts by Doula Faith →
This entry was posted in Faith Messages and tagged 1 John 1:9, 2 Timothy 2:13, Acts 28, Antidote, condemnation, deception, Doubts, Ephesians 1: 13-14, Ephesians 1:13, Ephesians 3, Ephesians 3: 16-18, Eternal Salvation, Eve's deception, Genesis 2:16-17, John 1:12, Know Who You are in Christ, Matthew 4: 1-11, Mind of Christ, Philippians 1:6, Romans 8: 31-39', Romans 8:1, Satan, Serpent, Shake the Snake, Sin. Bookmark the permalink.