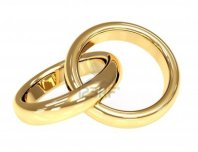 “In all this you greatly rejoice, though now for a little while you may have had to suffer grief in all kinds of trials. These have come so that the proven genuineness of your faith—of greater worth than gold, which perishes even though refined by fire—may result in praise, glory and honor when Jesus Christ is revealed. Though you have not seen him, you love him; and even though you do not see him now, you believe in him and are filled with an inexpressible and glorious joy, for you are receiving the end result of your faith, the salvation of your souls.” vs: 6-9

In my devotions today, I was reminded that while we are in this world we are subjected to all kinds of trials that test our faith. In some of these trials, God has a purpose to produce or reveal something precious. And ultimately, as scripture promises;

“We know that in all things God works for the good of those who love him, who have been called according to his purpose.” Romans 8:28

When righteous Job lost all his possessions and children, it was with God’s permission. Satan wanted to prove that Job’s love and commitment to God was based on God’s blessings. So God gave Satan permission to remove everything dear to the heart of His servant. The result was that Job accepted the trial, even though he misunderstood it. In the end, everything was restored double, including his children who awaited him in heaven. And the most precious of all; his relationship and knowledge of God was greater than before. (Job 1-42)

When impetuous, impulsive Peter pledged his faithfulness to Christ with his very life, Satan again asked permission to “test” him, to see if his devotion and faith for Christ was genuine. (Luke 22: 31-34)

“Simon, Simon, Satan has asked to sift each of you like wheat. But I have pleaded in prayer for you, Simon, that your faith should not fail. So when you have repented and turned to me again, strengthen your brothers.” vs. 31

Jesus interceded for Peter so that his trial would result in renewed strength and faith for the purpose of leading and strengthening others in faith. And not only did he strengthen others in their faith, but was able to sacrifice his very life for Christ.

Sifting results in removing what is worthless from the worthwhile. The wheat is separated from the discarded trash. What is saved from the trial is genuine faith. Genuine faith in Christ’s salvation is foundational to genuine works. Once that foundation is established, there is nothing that can remove it. The believer’s worthless words and works may be burned up in the fiery trial but genuine faith in Christ will remain.
(1 Corinthians 3: 11-15)

There was a time when I began building on Christ’s salvation with worthless works. My motivation began to turn from glorifying God to self-glory. So in desperation, when my fruit began to sour, I called out to God to “do whatever He had to do in order to use me.” For two years I experienced a fiery trial that revealed my useless works, but strengthened my faith. I was restored and strengthened because my Lord was interceding for me.

“Who then will condemn us? No one–for Christ Jesus died for us and was raised to life for us, and he is sitting in the place of honor at God’s right hand, pleading for us.” Romans 8:34

Over the years, I’ve encountered numerous trials, teaching me to rely on God’s Word, and not my works. The outcome of every trial is “priceless” and “precious” to me – resulting in a closer relationship with my Lord. (Proverbs 16:16)

I am first and foremost a child of God, "born again" into the Kingdom of God through faith in my Lord and Savior, Jesus Christ. He has called me to be an "Encourager" of faith in His Son, Jesus Christ. I have learned through some painful trials of His unconditional love. The apple of my eye, is Jesus Christ, the Son of God, the Living Word.
View all posts by Doula Faith →
This entry was posted in Faith Messages and tagged (Proverbs 16:16, 1 Corinthians 3: 11-15, 1 Peter 1: 1-9, Christ intercession, fiery trial, foundation of salvation, genuine faith, gospel message, Jesus Christ, Luke 22: 31-34, more precious than gold, Peter, Romans 8:28, Romans 8:34, sift, sift you like wheat, trials of our faith, wheat, works. Bookmark the permalink.