No Condemnation in Christ Jesus 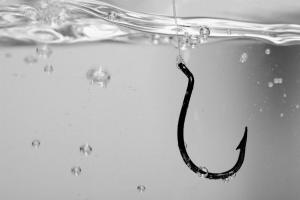 “Therefore, there is now no condemnation for those who are in Christ Jesus, because through Christ Jesus the law of the Spirit of life set me free from the law of sin and death.”  Romans 8:1-2,

“I listened to my mind’s accusing voice convincing me that I did not belong to the Lord and had even blasphemed the Holy Spirit (the unforgivable sin).  I accepted the lie, hook, line and sinker and plunged deeper into the sea of despair.” DF

If it were possible for a believer in Jesus Christ to blaspheme the Holy Spirit (Matthew 3:29), all believers would lose their salvation in the first round. Satan’s first and fatal blow would be more powerful than what Jesus accomplished on the cross. But he has lost his power over those who are in Christ Jesus. For because of what Christ accomplished on the cross in full atonement for sins, salvation is sealed until His appearing. The moment any person believes and accepts God’s forgiveness through the sacrifice and atonement provided through Jesus Christ, that believer is sealed and the redemption process is both irreversible and irrevocable (Ephesians 1:13). Those in Christ Jesus can neither retain nor lose salvation by anything they do or don’t do, because it is God’s grace, alone keeping the believer in faith. He who calls the believer into relationship also protects that relationship, whereby, nothing can separate the believer from His great love. John 10:28-29 , 1 Corinthians 1:8-9, Romans 8:31-39

I had to learn the awesome power of Christ’s salvation the hard way.  One of the reasons I fell into the trap of believing I had lost my salvation and even committed the” unpardonable” sin was directly related to taking the Word out of its context, and erroneously applying it to my own knowledge and circumstance. But primarily, I erroneously believed it was possible for me to lose my salvation in Christ.  2 Timothy 2:15, Proverbs 3: 5-6

The error occurs when a believer is either not reading the Word, misinterpreting the Word or is following a false doctrine.  Scripture is to be interpreted exegetically.  That is, understanding scripture within its context.  When we try to take scripture out of its original context and mold it to our own circumstance, we can misinterpret its true meaning. We need to understand scripture within its Biblical framework.  Then we will know how it may apply to our own life. We will not understand all scripture immediately, for it depends on our maturity and the Holy Spirit’s timing. Jesus told His disciples that He had much to tell them (John 16: 12-13), but that they could not bear it. We cannot force an interpretation, but rather we need for the Holy Spirit to confirm its meaning as it works into our lives in His own way and time.

If you read the passages of scripture mentioning the unpardonable sin, you will recognize the fact it was during the time of the Holy Spirit’s full manifestation through the acts of Jesus Christ when this occurred ( Mark 3:20-30). It was through “unbelief”, jealousy and anger that some of the Pharisees and the teachers of the law accused Jesus of casting out demons by the power of Satan (Beelzebub).  They were not ignorant (Acts 3:16-19, 1 Timothy 1: 13), they had no other way of trying to justify the miraculous manifestations of God’s awesome power except to call His acts evil and to say that Jesus was possessed.  I do not believe this is possible today.  I believe this blasphemy could only occur at the time of the full manifestation and power of the Holy Spirit through the acts and words of Jesus Christ.  This is also not possible with a true believer.  The way that Satan lies to convince a believer and even a non-believer that they have blasphemed the Holy Spirit is to accuse that person of something they said or did.  The fact that a believer and even a non-believer can feel remorse and ask for forgiveness is proof that it was not blasphemy against the Holy Spirit.  For I believe, those who truly blaspheme the Holy Spirit during the time of Jesus, did so with full knowledge of Who He was, having no desire to repent. That is why they could not be forgiven. They refused to confess the reality of what they actually understood. Therefore, there is only one sin that can not be forgiven and that is unbelief.      (John 3:18, John 9: 39-41, Romans 10:8-9).

It was during the time when I had gone astray and the Lord was bringing me to a clearer understanding of how I was out of fellowship with Him and had become “religious”, when I fell for that old lie.  In my religious zeal I had judged others and harbored unforgiveness in my heart.  I had also handled the word unwisely and erred concerning some scriptural interpretation concerning salvation. When I became so miserable in my spirit, I asked the Lord to show me what was wrong, and so He did.  He brought to my mind’s surface sins He needed to deal with.  I was so remorseful concerning it all that I was devastated and plunged into a deep depression, forgetting that my Savior had paid the price for all of those sins.   Instead, I became my own self-examiner and began fishing for more areas that needed healing.  Satan knew that I was my worse enemy and so he interjected the thought that I had blasphemed the Holy Spirit. He did so by giving me a twisted recollection of something I had said.  The belief that I had committed the unpardonable made me also believe that I could not be forgiven, so I became overwhelmed with a sense of hopelessness.

“I listened to my mind’s accusing voice convincing me that I did not belong to the Lord and had even blasphemed the Holy Spirit (the unforgiveable sin).  I accepted the lie, hook, line and sinker and plunged deeper into the sea of despair.”

I was so overwhelmed by this sense of hopelessness that at one point I tried to take my life.  Through God’s grace and mercy He did not allow it.

Then, one day, I was able to rise above it, by focusing off myself and attending to things that mattered.   I had two small children who needed me, so I started concentrating more on their needs instead of my own.  A normalcy began to appear until the Lord could get my attention to let it all go.  He was finally able to get my attention long enough to trust Him completely and leave all my misgivings, fears and doubts to him.

It was the day I could finally confess with my mouth, “I am just going to have to “wait on the Lord”, that my deliverance actually occurred.  When those words came out of my mouth, which in essence are based on God’s Word (Isaiah 40:31), I felt a supernatural strength and confidence flooding my soul along with a peaceful assurance that all was well. I could hear the Lord’s small, still voice saying,

“Don’t give it the time of day, just walk away.”

That is when I finally ignored the subtle accusations and instead was able to look, once again, towards the cross.  And in that moment I understood that nothing can be added or taken away from what Christ accomplished on the cross. “He completed our redemption and there are never any Ands, Ifs, Buts about it.

“And you also were included in Christ when you heard the word of truth, the gospel of your salvation. Having believed, you were marked in him with a seal, the promised Holy Spirit, who is a deposit guaranteeing our inheritance until the redemption of those who are God’s possession–to the praise of his glory.” Ephesians 1: 13-14

“Now it is God who makes both us and you stand firm in Christ. He anointed us, set his seal of ownership on us, and put his Spirit in our hearts as a deposit, guaranteeing what is to come.” 2 Corinthians 1: 21-22

“Walk away, and don’t give it the time of day, for your redemption is sealed”.

Jesus Said: “It is Finished”

I am first and foremost a child of God, "born again" into the Kingdom of God through faith in my Lord and Savior, Jesus Christ. He has called me to be an "Encourager" of faith in His Son, Jesus Christ. I have learned through some painful trials of His unconditional love. The apple of my eye, is Jesus Christ, the Son of God, the Living Word.
View all posts by Doula Faith →
This entry was posted in Faith Messages and tagged 2 Corinthians 1: 21-22, blasphemy, blasphemy of the Holy Spirit, condemnation, Ephesians 1: 13-14, God, Holy Spirit, Isaiah 40:31, Isaiah 54:16-17, It is Finished, Jesus Christ, John 6: 37-45, Lord, no condemnation, Pharisees, Philippians 1:6, Romans 8: 1-2, Satan, Satan's lie. Bookmark the permalink.

7 Responses to No Condemnation in Christ Jesus